1. On March 21, 1992, you and I were married. I wore an ornate dress with millions of beads and miles of lace and a long train and puffy sleeves, because that’s what we did in the 90’s. You had an almost completely shaved head because a few days before our wedding, you were walking around your house, shaving with an electric razor when you tripped, making the razor go straight up the side of your head, which meant you had to shave all your hair off in order to make it blend in with the completely vertical stripe. We had three bridesmaids and three groomsmen, two potted plants, and one unity candle. My brothers walked me down the aisle, one on each arm, because my dad was the pastor who married us. Six of our grandparents were in town, although your grandma had fallen the night before the wedding and was in the hospital with a broken hip. We sang our vows to one another, we danced our first dance while my grandpa played guitar, then we fed cake to each other and got the heck outta that place, driving across Klamath Falls, Oregon to our hotel room that night with the horn blaring the entire time, thanks to your ingenious friends who hooked the headlights up to the horn. We were young and skinny and full of hope for the future, and we loved being on our honeymoon knowing that our parents had no idea where we were and we didn’t have to check in with them. It was just you and I for three days, on the beach in Oregon, and it was beautiful. 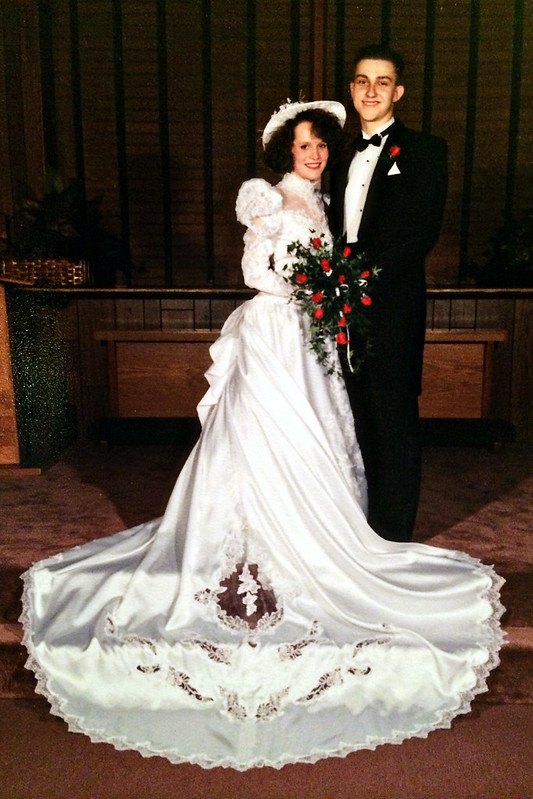 2. Oh yeah. We were bad. But you were actually a little badder than me with that denim jacket over a denim shirt over a white tee, driving all over the big D while I threw down peace signs with the best of the gangstas. 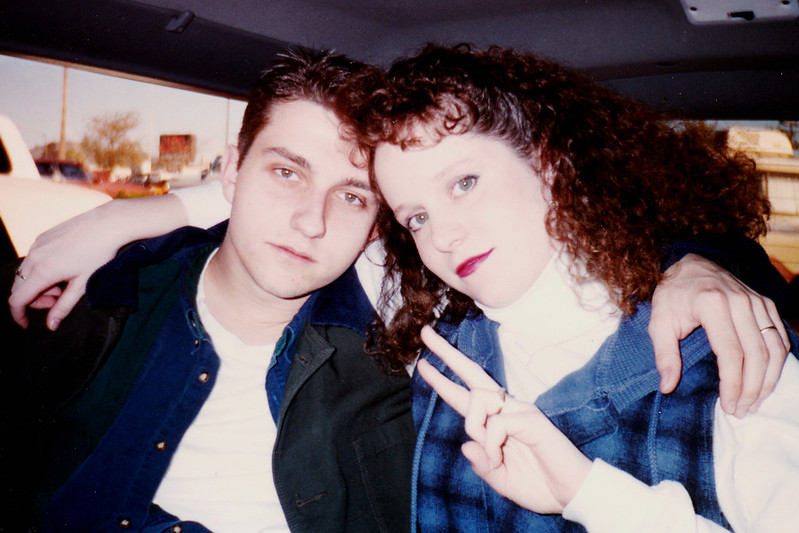 3. And then Callie came along and I thought my heart would explode right out of my chest as all the love I had for you multiplied into five thousand square roots of itself. You and I would get down on the floor every night after she went to bed, imitating everything she had done that day. It was the best entertainment ever. We cracked ourselves up big time. 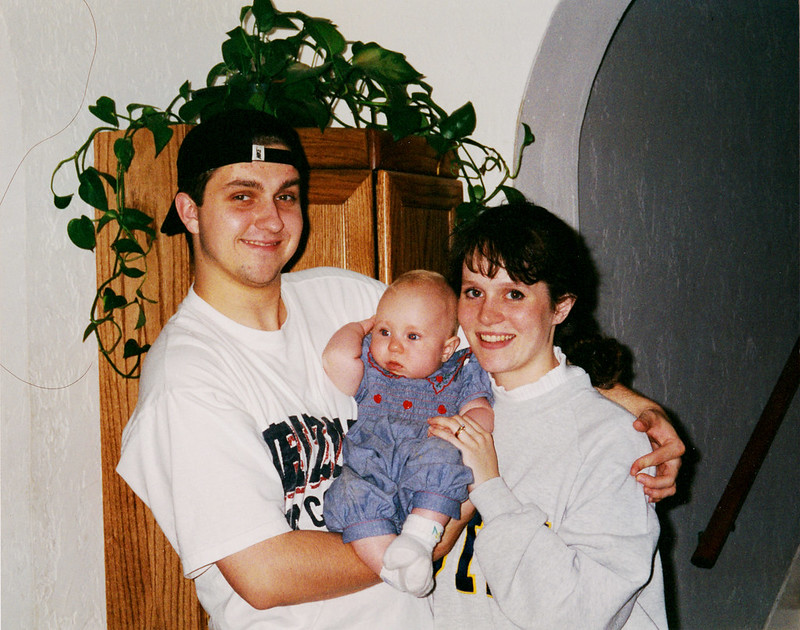 4. And then came Sadie, who opened up our world to sisters… something neither you nor I had ever known. And all the particles of the universe came together in our little family as we grew in love and tried to spread some of that love outside of ourselves as well. 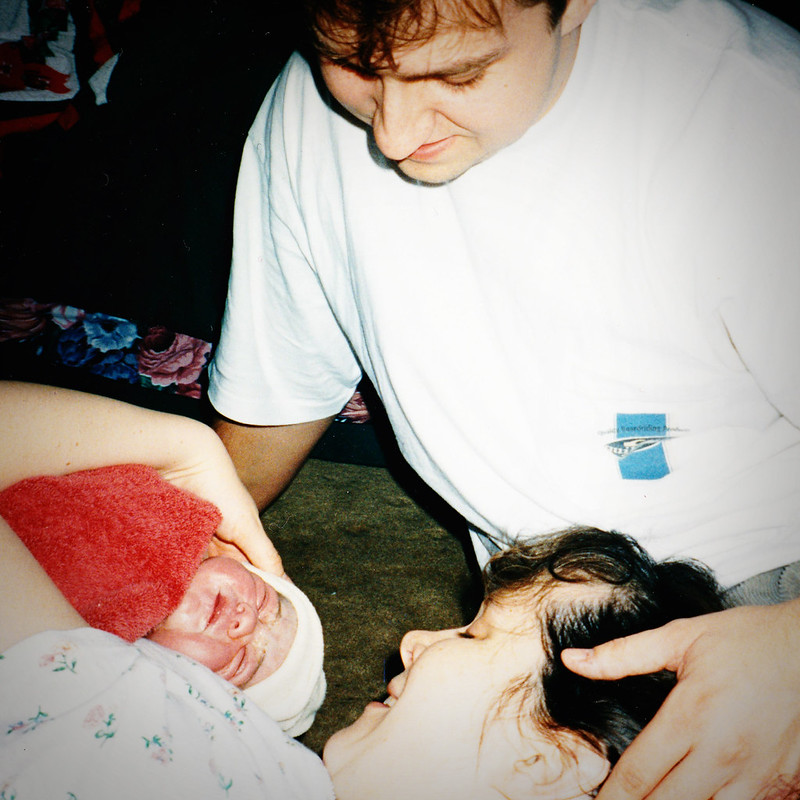 5. We took some of that love to Mexico, where we spent much of those first ten years of our marriage, getting to know lovely people in a lovely country with our lovely bambinos. 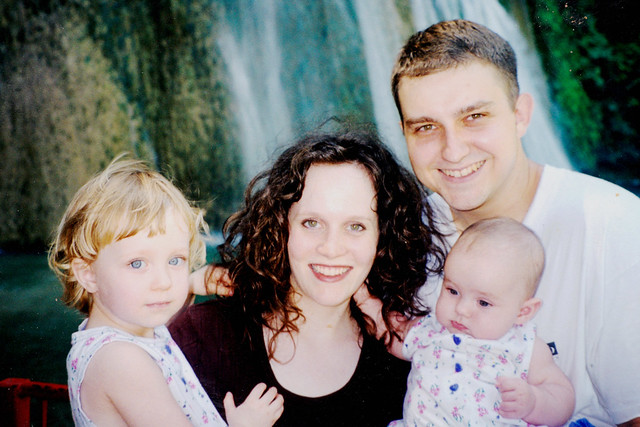 6. When we weren’t in Mexico, we were working the home office of the mission in Dallas, where I would spend hours trying to explain to you the ins and outs of MS-DOS commands on ridiculously large computers. Just kidding. I don’t even know any MS-DOS commands. I don’t know what the heck is going on in this picture. 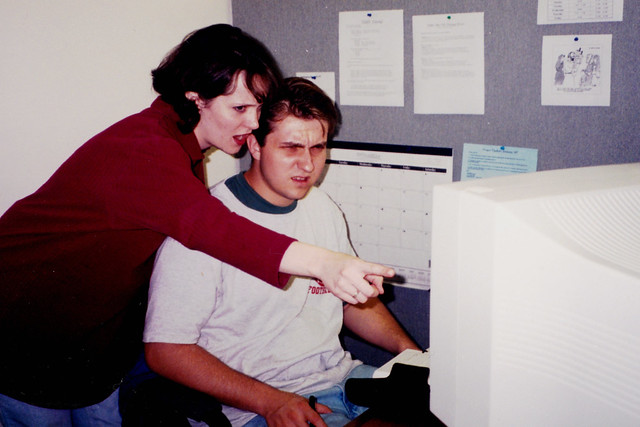 7. When you weren’t in Mexico or at the office or down on the floor imitating our hilarious children, you were going to Bible College, which you finished in only seven years with a real-live degree. That was a happy day. I was especially happy (although Sadie really looks the happiest here since she obviously just ate chocolate) because it meant you were done with school FOREVER. 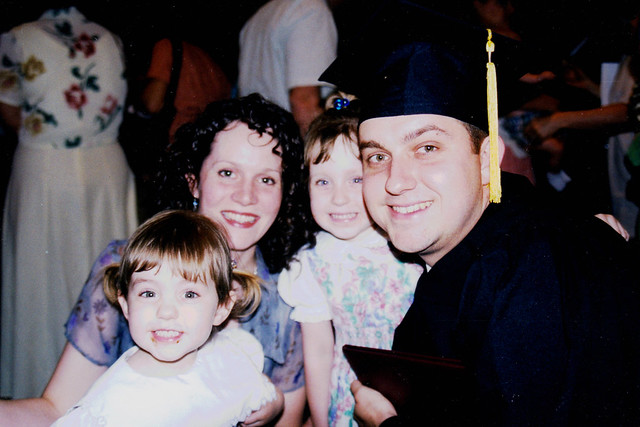 8. By the time Grace came along, we had the whole birth and labor thing down so good, we decided that this time you would be the one to have the contractions while I applied the counter pressure to your back. 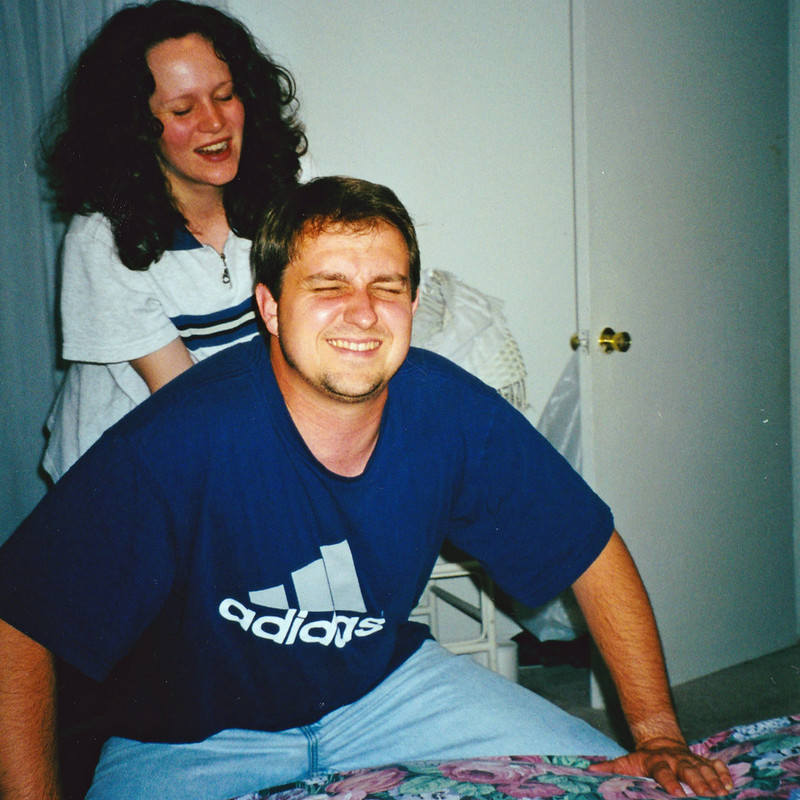 9. Life was pretty good during those crazy early years. Actually, there was a lot of hardness in there too. But the beauty of pictures is that they help you remember the goodness. And there was truly oh so very much goodness. Our dimpled little third girl stole our hearts in new ways and our love continued to grow deeper. 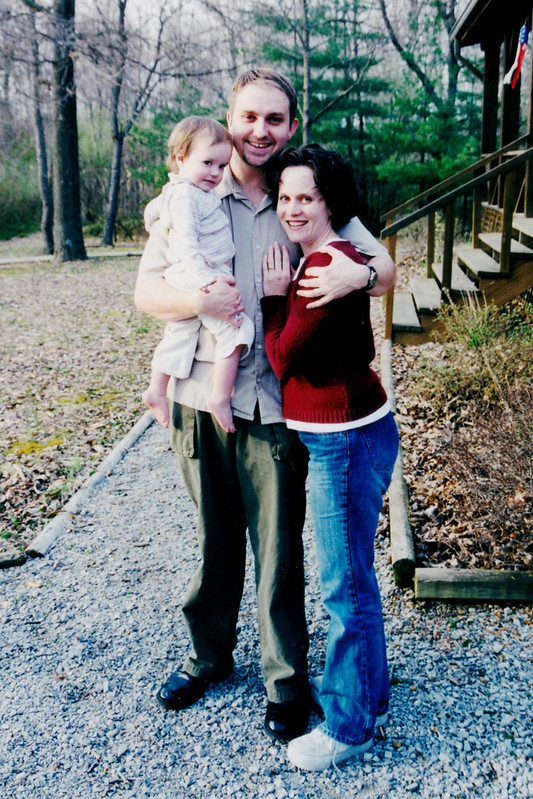 10. In fact, somewhere in those ten years, we stopped looking like teenagers. It was good to grow up together. 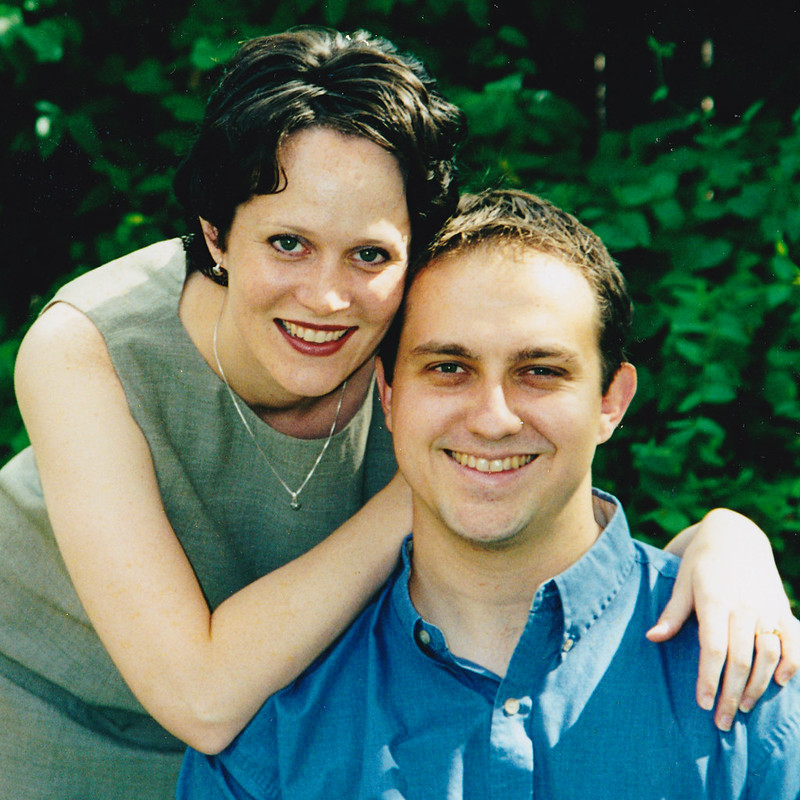 11. Our little family of five drove all over this country and the next in the 15-passenger van that was the only family vehicle we had really ever known. It was honestly a lot of hard work, those years as missionaries. But in the hard work, we all learned and grew in immeasurable ways. 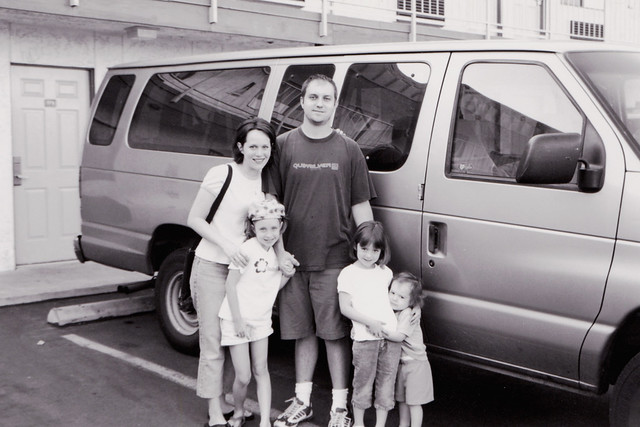 12. While we grew, we leaned into one another. 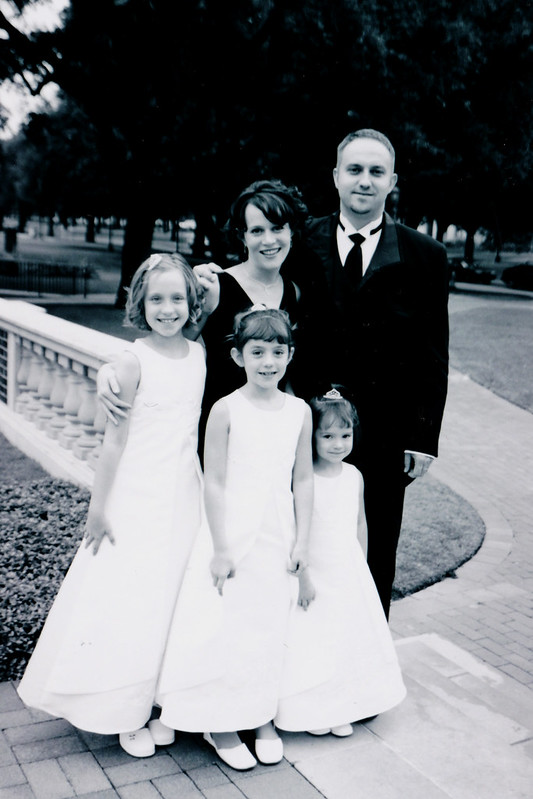 13. Somewhere in there, our work expanded to places our 15-passenger van couldn’t drive and we began the process of trying to go full time to Eastern Europe. Somewhere on a hill in Kosovo, someone stole a picture of us stealing a moment. 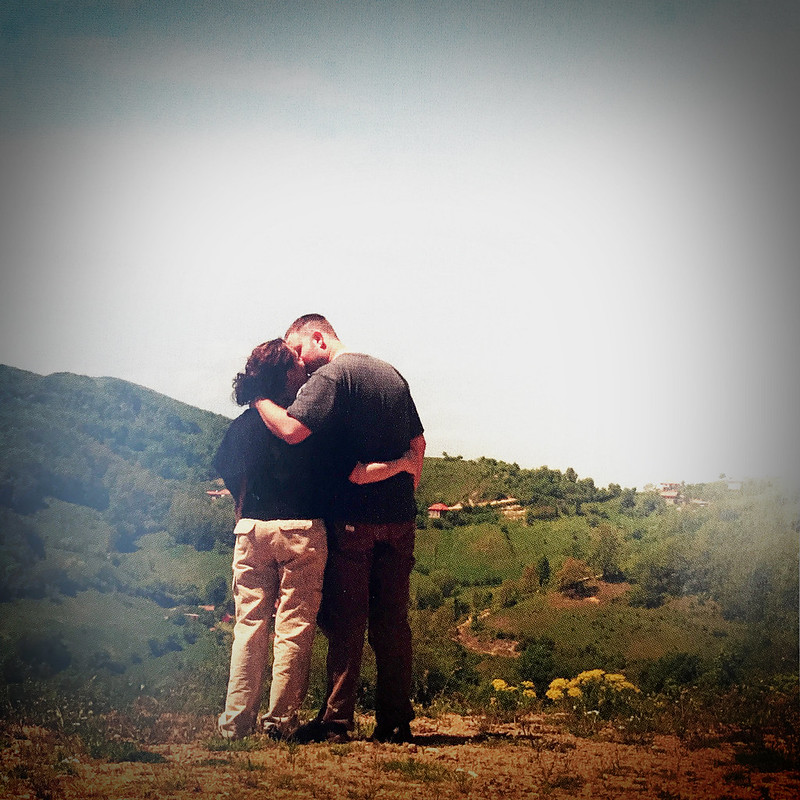 14. And then one day, we took the leap right out of missionary life and into whatever might be out there. It’s funny now that it seemed so terrifying then. It seems that most people would have been terrified to think of being missionaries. But I think you and I were scared to stop. It was truly a leap of faith and we didn’t know where we would land, but we jumped together. You more, straight down and me wild and flailing, but with a calm exterior. 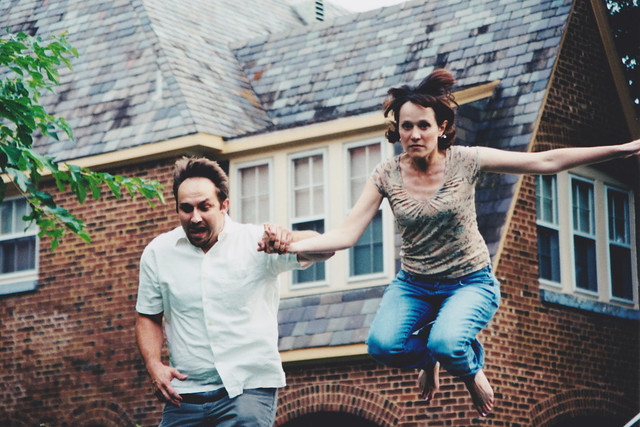 15. And as we fell ever deeper into increasingly unfamiliar territory, we clung to the good things that were familiar. How I love to sing with you. Let’s never stop singing. 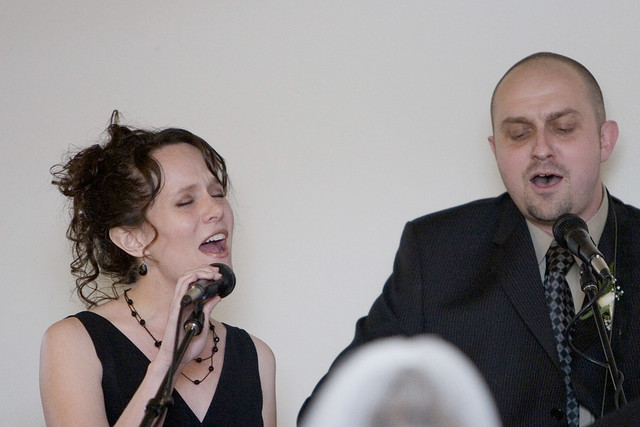 16. Somewhere along the way, our girls started becoming the teenagers that we had once been. 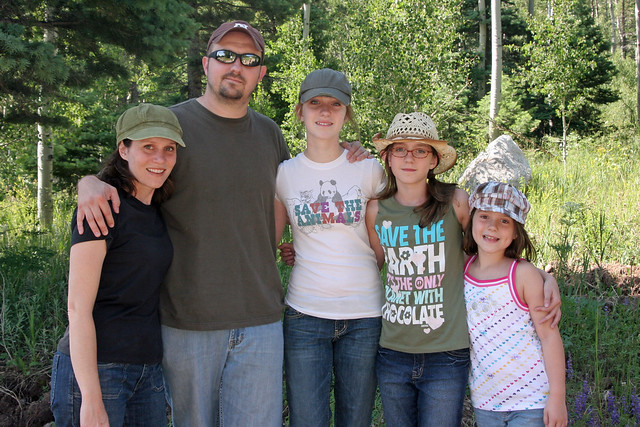 17. And more moments were stolen while the years continued to steal away. 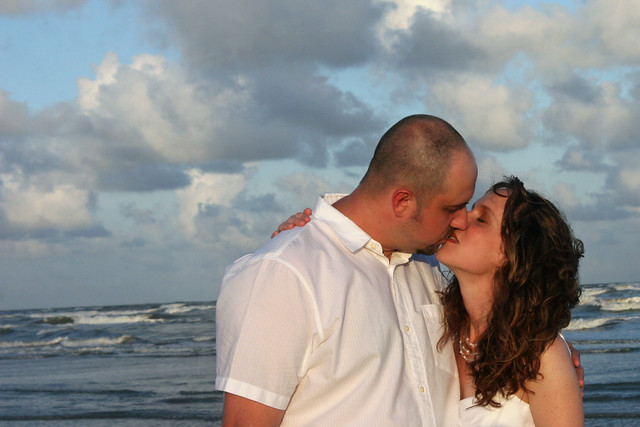 18. Once upon a time, we even got some fully-fledged teenagers who just didn’t think we were quite as hilarious as we considered ourselves to be. But you, eating a hot dog during a family photo shoot, and purposely smearing the mustard on your nose, while smiling with half-crossed eyes… I find that hilarious and probably always will. 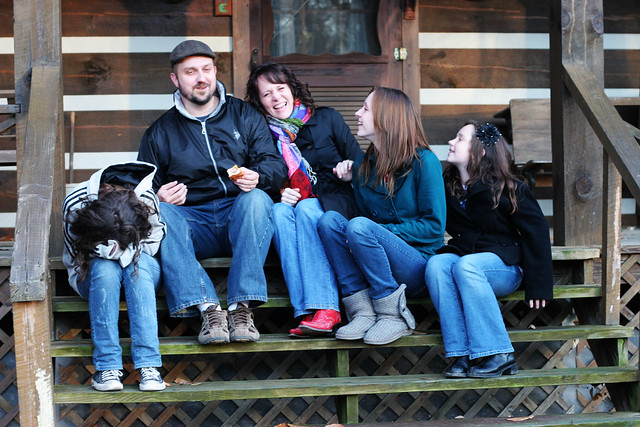 19. Laying in the grass in the spring Texas weather, waiting for the promised thunderstorm, will always be one of my favorite memories. I love to weather storms with you. I love the calm before the storm, especially. But you can’t get that without the storm that follows, so I’ll take the whole package. I’ll take all of it, if I can have it with you. 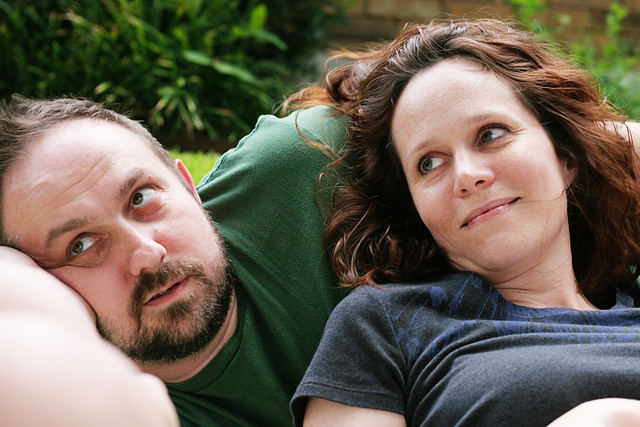 20. By the time Callie graduated from high school, you had landed. Yes, part of landing meant going back to school but I landed with you, flailing the whole way, and I knew we could do this. It was good to be home. 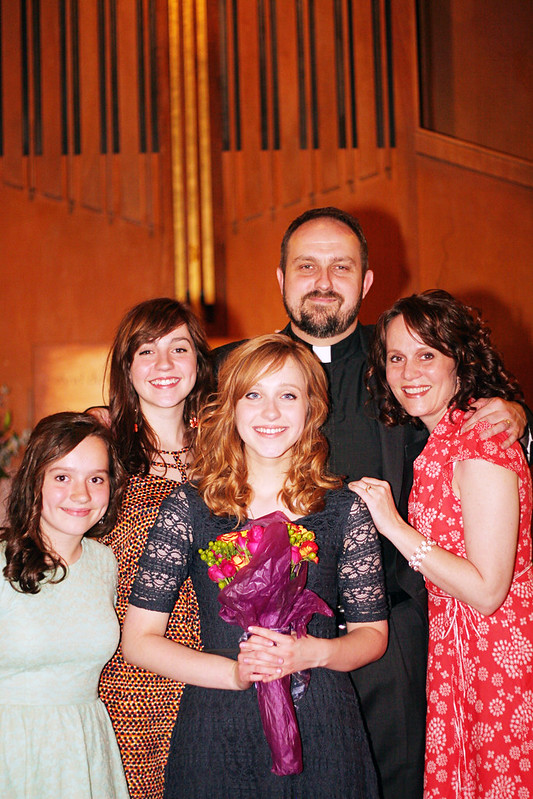 21. And then our family expanded again as that very same year as we welcomed our first-ever son. 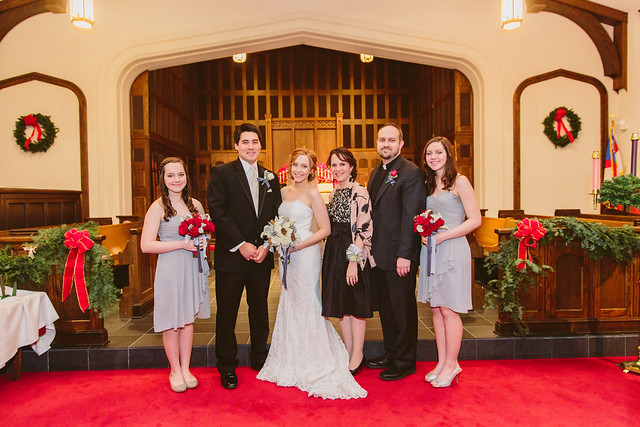 22. The years keep coming and they just keep coming. Sadie graduated next, while we prepared to move our shrinking family to California. 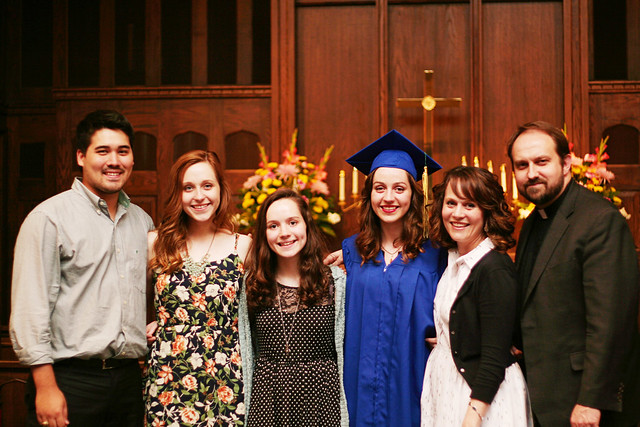 23. And the very next year, we welcomed yet another son into our growing-while-shrinking family. 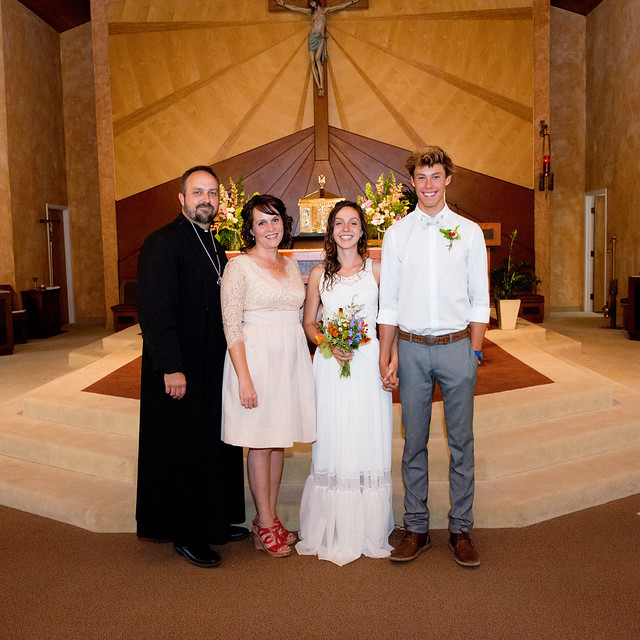 24. How did we get here, I ask you? There’s been a lot of love, I’ll tell you that much. A lot of pain and heartache and disappointment too, but they say love covers a multitude of sins. And suddenly we’re here, in 2017, where two kids named Chris and Leslie turned into a whole bunch more kids named Callie, Sadie, Grace, Jeremy, Elisha, Ezra and grandbaby number two, who doesn’t yet have a name, due later this year. I don’t know how we got here, but I’ll take it. 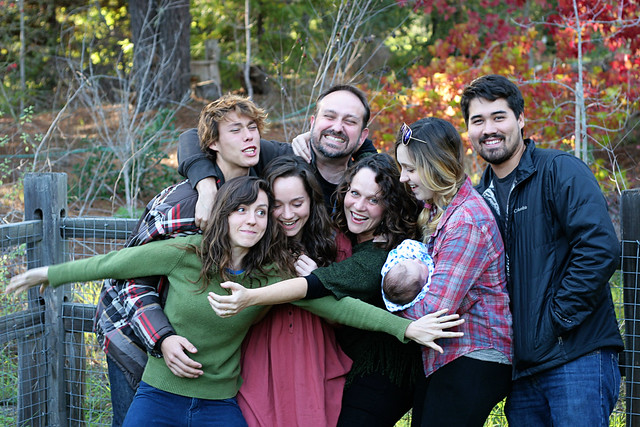 25. And I’ll take you, all over again. A thousand times over. Let’s keep going, my love. We got this. 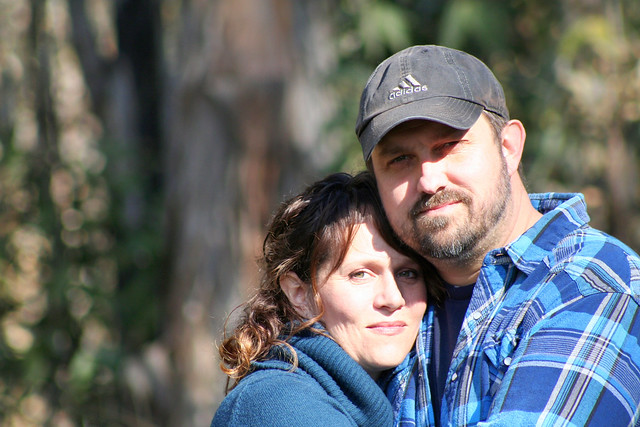